THE RAIL NETWORK AND HOW WE USE IT

Service frequency for each station

Service frequency for each station 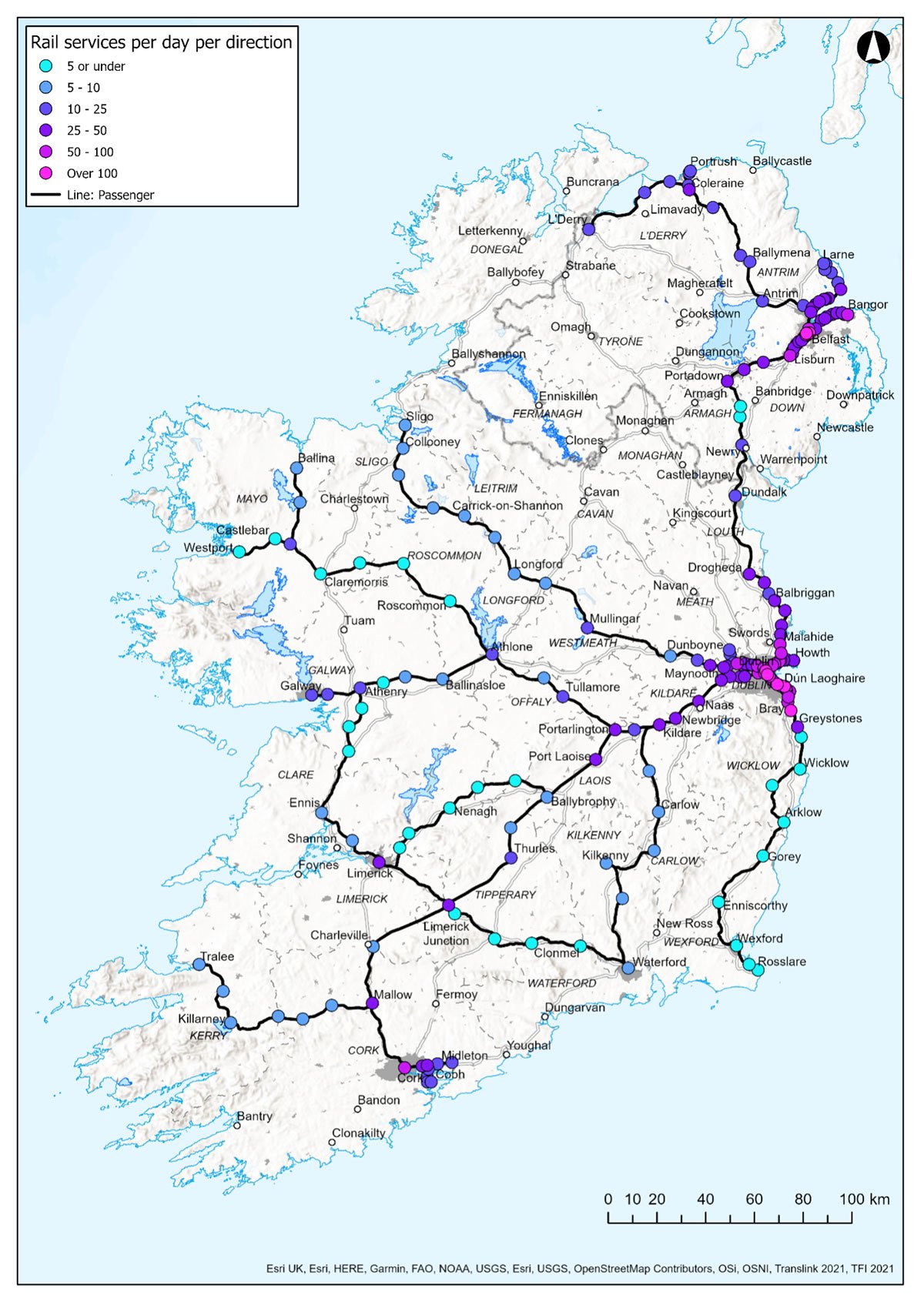 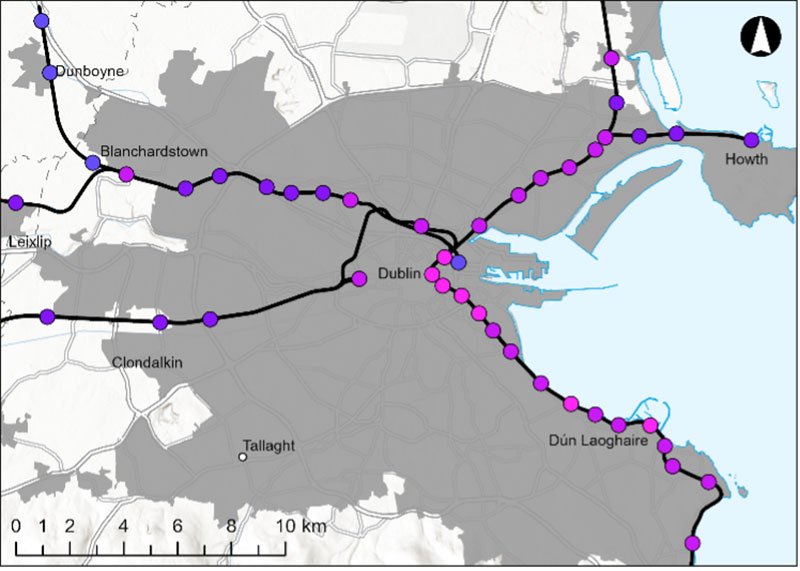 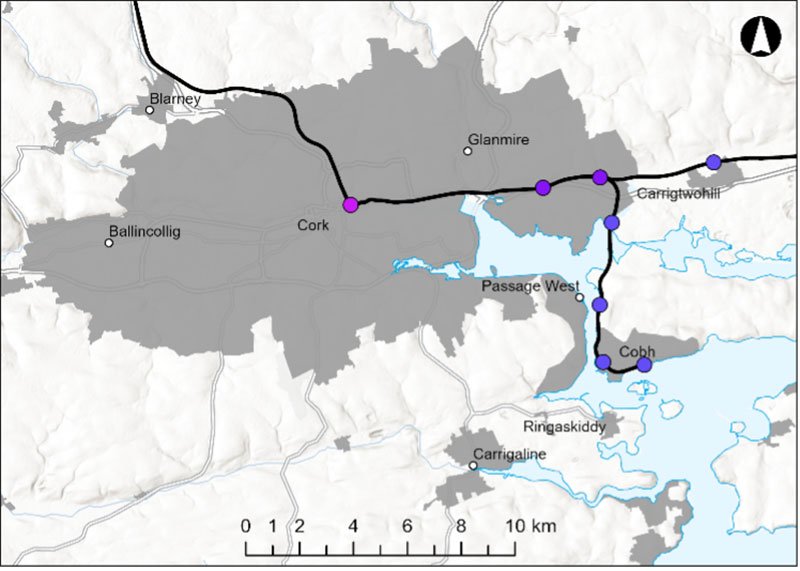 The number of rail services at each station varies significantly across the network. The station with the highest number of services is Dublin Connolly which has trains every three to four minutes in each direction across all lines at peak times. Services at Connolly include the DART, Intercity services to Belfast, Sligo, and Rosslare, and Commuter services along each of the four lines radiating from Dublin.

The other Dublin city centre stations of Tara Street, Pearse, and Grand Canal Dock are the next busiest stations; likewise served by DART, Commuter, and some Intercity services.

The most frequently served stations outside of Dublin are Lanyon Place and Great Victoria Street in Belfast along with Cork Kent station. At the other end of the range, stations such as Cloughjordan, Roscrea, Carrick-on-Suir, Tipperary and Clonmel only have two services scheduled in each direction per day.

The lines with the highest frequencies are generally those in the vicinity of Dublin, Belfast, and Cork, while the lowest frequencies are found on the Limerick Junction – Waterford, Limerick – Nenagh – Ballybrophy, Ennis – Athenry, Athlone – Westport, and Greystones – Rosslare routes.

The number of services provided on some rail lines is constrained due to the need for some services to share the same track. The Belfast-Dublin enterprise service shares the same track as the DART service to Malahide, limiting the number of intercity services that can be provided. The route from Dublin to Rosslare south of Greystones has notably lower frequencies than other routes to Dublin, reflecting the capacity constraints of its single-track line south of Bray and shared track with DART services in Dublin.

There is a strong correlation between service frequencies and passenger numbers at stations. While this generally reflects the distribution of population density, examples such as the Rosslare line, which serves a relatively densely populated corridor and is close to Dublin, suggest that low levels of service might dampen demand for rail. In locations with low frequencies, rail is generally a viable option only for occasional long-distance travel and plays little role in regular travel patterns. With the increase in hybrid working patterns, higher levels of occasional longer-distance commutes to urban centres presents an opportunity for rail.