THE RAIL NETWORK AND HOW WE USE IT

Around twice as many regional bus journeys are taken on the island of Ireland, compared to rail journeys

In 2019, 127 million regional bus journeys (excluding city services) were taken across the island of Ireland, compared with 65 million rail journeys.

The number of annual rail and regional bus passenger journeys follows a similar trend to economic performance in both Ireland and Northern Ireland. The demand for rail and regional bus services started to decline after the economic recession in 2008. Regional bus travel remained largely steady between 2010 and 2017, but recently grew 9% between 2017 and 2019. Across the island of Ireland, rail has experienced a growth in passenger numbers of 37% since 2011. Within each jurisdiction the growth in rail passenger journeys has been approximately 34% in Ireland and 45% in Northern Ireland. 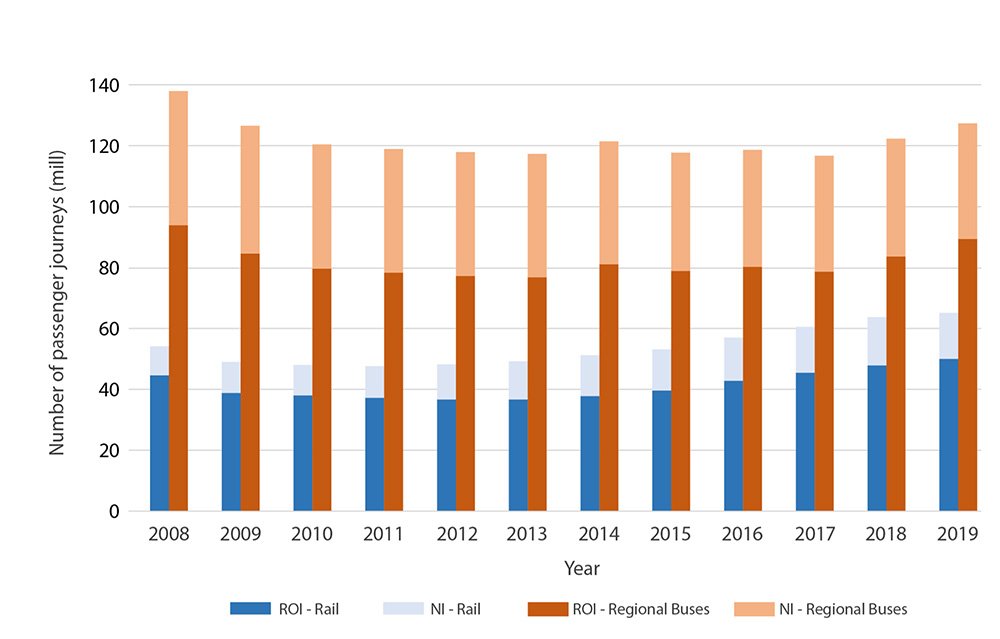 The initial decline and growth to 2017 is explained by the impact of the economic recession and subsequent recovery, while the more recent decline is likely influenced by increased congestion in urban areas encouraging a change in travel patterns. The growth in public transport journeys indicates that a shift from driving to public transport is occurring.

Northern Ireland’s average car distance travelled per person dropped to 7,300km (4,600 miles) in 2015, before climbing between 2017 and 2019 to 8,600km (5,300 miles). This growth was in line with several new road projects that opened in previous years including the A2 Shore Road, the A31 Magherafelt bypass, and the A8 Larne dual carriageway. 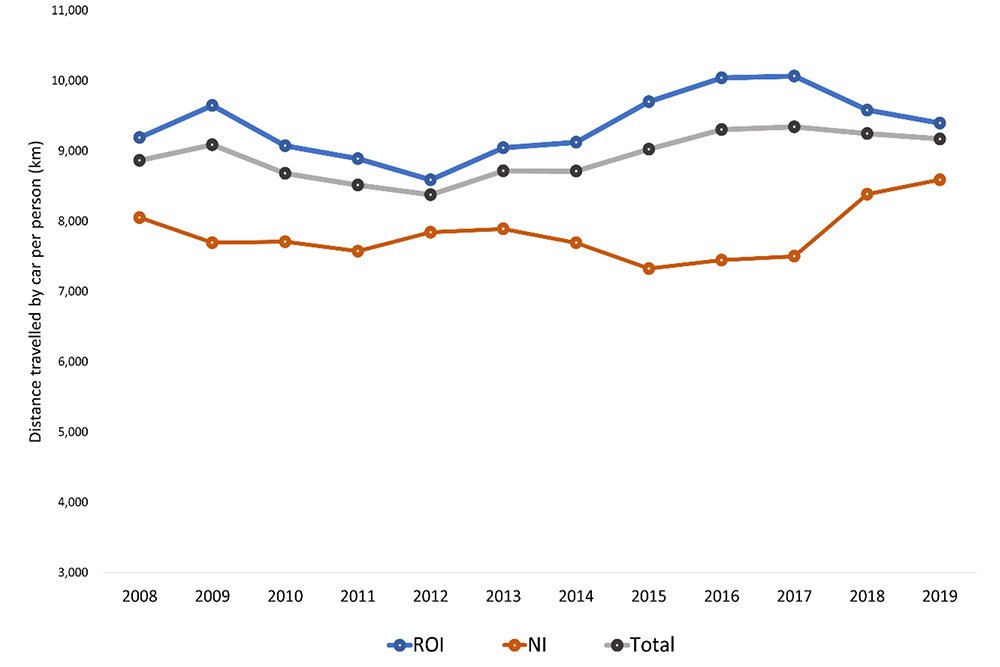