THE RAIL NETWORK and how we use it 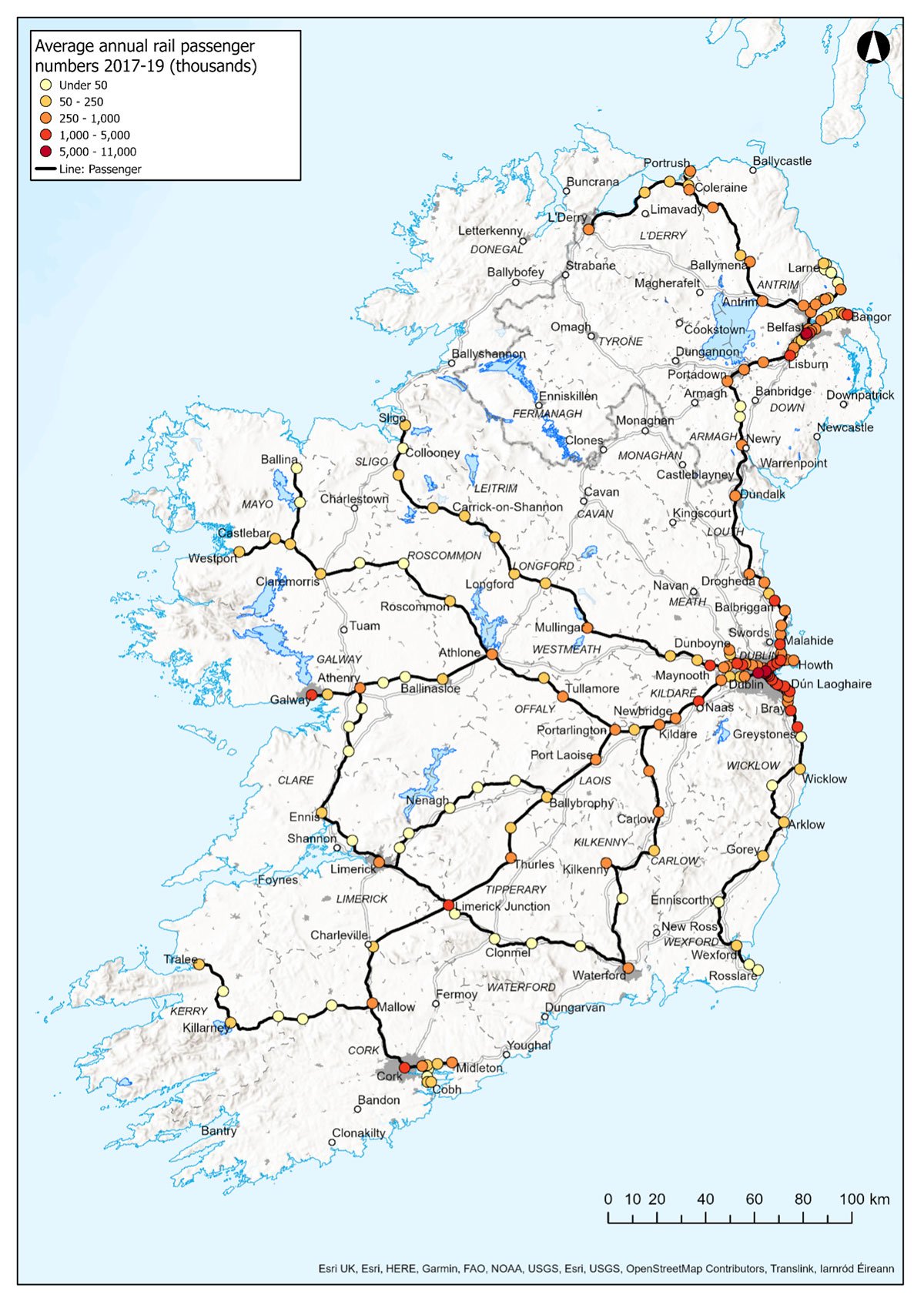 Large stations that support several rail lines have the most passengers 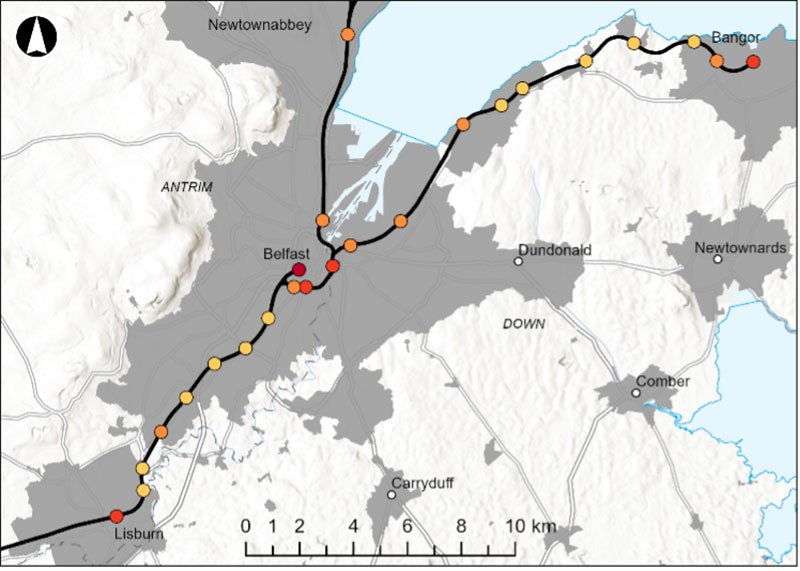 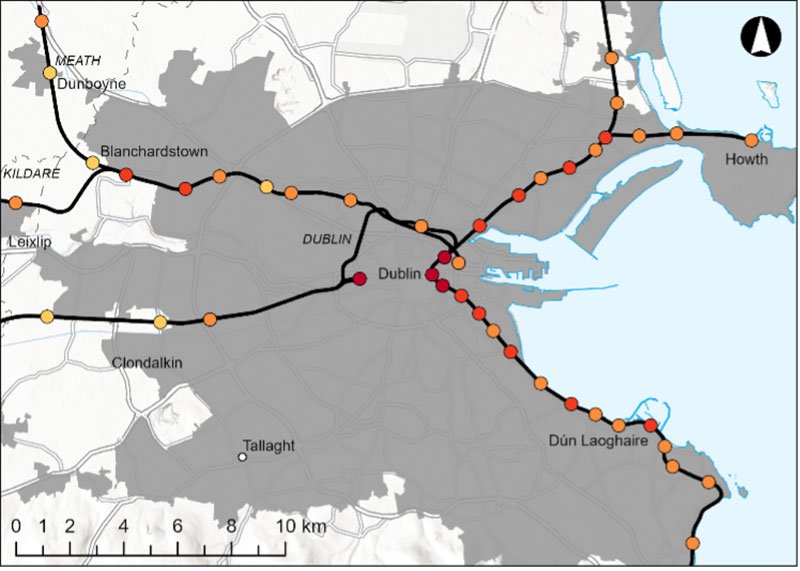 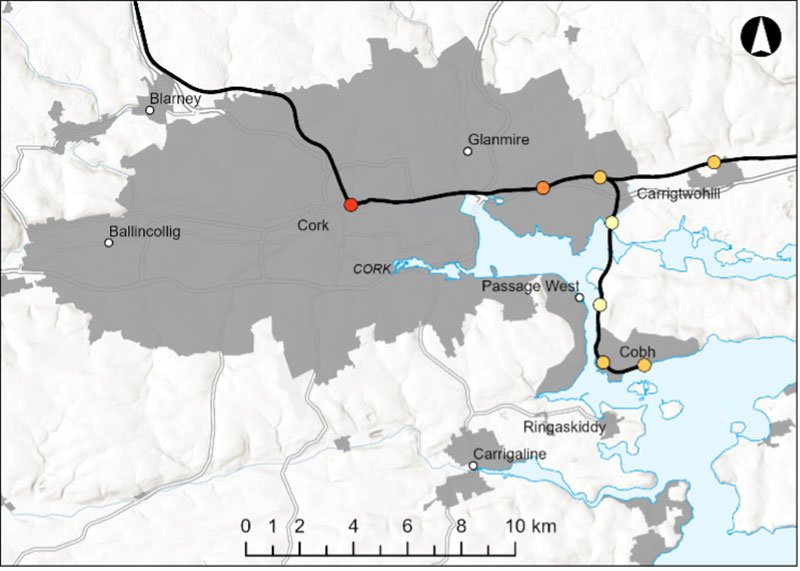 According to annual statistics from Translink and annual figures extrapolated from the NTA National Rail Census, Connolly Station in Dublin is the busiest station on the island with around 10.4 million passenger boardings and alightings per annum on average between 2017 and 2019. This corresponds to approximately 200,000 passengers per week.

Pearse, Heuston, and Tara Street in Dublin, along with Great Victoria Street in Belfast, also have high passenger numbers with around 8.5 million, 6.3 million, 5.5 million and 5.2 million passengers per year, respectively.

Outside of the seven major cities, the stations with the highest annual passenger numbers are Bangor with 1.6 million, Balbriggan with 1.3 million, Limerick Junction with 1.1 million (although these are almost all transferring passengers), and Sallins and Naas Station with around 1.0 million.